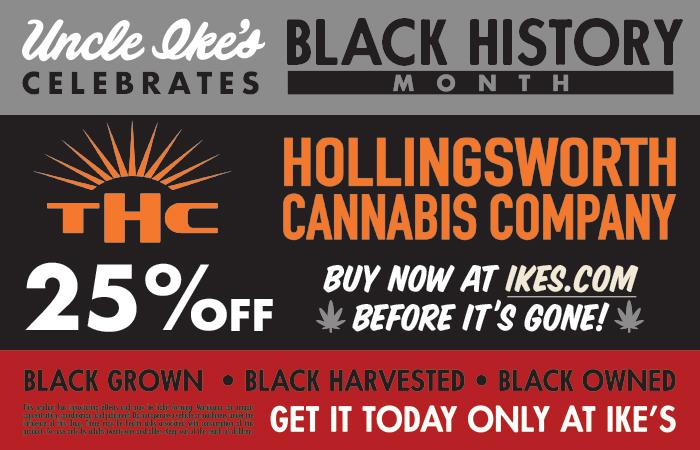 Uncle Ike’s is proud to serve Seattle’s Central District – the city’s most diverse neighborhood and the hub, for generations, for the Black community. The CD has been the home of Jimi Hendrix, Quincy Jones, Sir Mix-A-Lot, and three generations of the Hollingsworth family.

Dorothy Hollingsworth’s incredible legacy transcends the CD – in fact, her impact can be felt far and wide. She moved to the neighborhood in 1946 and has been a force ever since. Dorothy, who celebrated her 100th birthday last October, is a legendary civic leader, educator, politician, and civil rights champion. The younger generations of Hollingsworths are following in her footsteps.

For Joy Hollingsworth, co-founder of The Hollingsworth Cannabis Co. (THC Co.), the family business is an extension of her grandmother’s work.

“When we say we are a family business, we really mean it,” said Hollingsworth. “Not only do we have family members working on the farm, but our family was the impetus for the business. 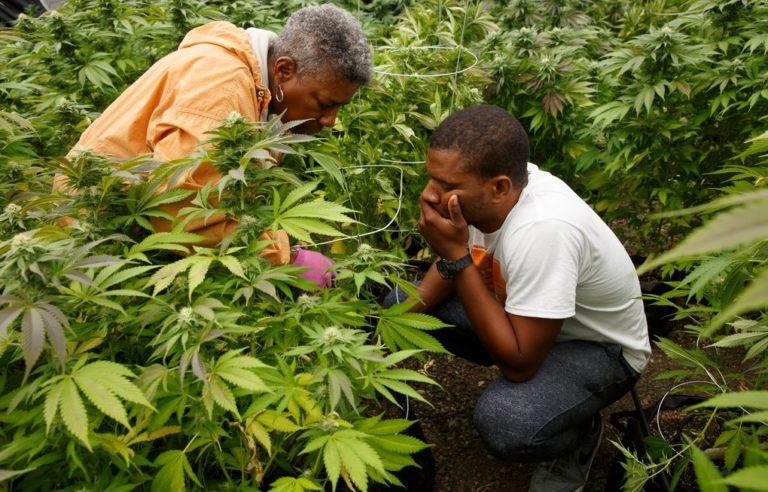 “My mom has scoliosis and cannabis helps ease her pain. My uncle is paralyzed from the neck down and was able to replace three Big Pharma prescriptions with cannabis. My grandma will be 101 in October, God willing. And she has been using CBD for 11 years now. There is no question in my mind that CBD has improved her health and kept her strong. The family joke is that she is going to outlive us all,” she added.

Joy and her brother, Raft Hollingsworth III, co-owner and CEO of THC Co., selected Uncle Ike’s to be the company’s exclusive retailer of its products in Seattle. And the reasons were “both personal and professional,” Joy said.

“I’ve known Ian (Eisenberg, owner of Uncle Ike’s) for quite a while. We identify with each other on a personal level,” she said. “We both went to the same private high school, although not at the same time. Seattle Prep is a Catholic school in the Central District that is predominantly white. I’m black. Ian is Jewish. So we relate to the experience of being a bit different while growing up. It provides a different perspective. Ian and I see things similarly.”

Uncle Ike’s is also an essential part of THC Co.’s business strategy, according to Joy.

“Aside from personal reasons, our company chose Uncle Ike’s as our exclusive retailer because of its incredible efficiency. We get real-time data from the Uncle Ike’s team that really helps us drive our business,” she said. “With the advanced metrics I get in real time, I can inform Raft about what strains are flying off the shelves and which may be losing favor in the marketplace. In a real sense, Uncle Ike’s helps me run our business.”

For connoisseurs of high-quality cannabis, the Hollingsworth brand may have been difficult to find the past two years. After establishing the 30,000-square-feet farm in the small Mason County town of Shelton in 2013, the company decided two years ago to focus on its wholesale operation and halted its retail business.

But beginning in February – Black History Month – THC Co. joined forces with Uncle Ike’s and announced the relaunch of its retail operation. And Joy couldn’t be happier about the exclusive partnership with Seattle’s most popular cannabis retail outlet.

“I was born and raised in the Central District. Our family has a three-generation history in the CD,” Joy said. “So it is just fitting for us to support Uncle Ike’s, the premier store in our home neighborhood. For me, it is the perfect place for our product. We are supporting the CD, which has given our family so much for so many decades.”

As THC Co. has matured and expanded, Joy, who wears multiple hats in the family business, has become more involved in cannabis advocacy – once again, paying homage to her grandmother.

And she thinks Black History Month is an appropriate opportunity to discuss the inequality of the cannabis industry. Despite the cannabis’ explosive growth in recent years – 33 states plus D.C. have some form of legalization, 55 million consume the product legally in the U.S., and the industry is estimated to be worth more than $40 BILLION – Black Americans are not fully represented.

According to a recent NBC report, “less than a fifth of the people involved at an ownership or stake-holder level were people of color, a 2017 survey found; black people made up only 4.3 percent.”

Those numbers, Joy says, must increase. And she is determined to lead the way.

“Our family business is the only black-owned cannabis grow operation in the Seattle area. We certainly don’t want to be an anomaly, but it is what it is,” she said. “We’re proud to represent – and we’re equally proud of the product we grow. 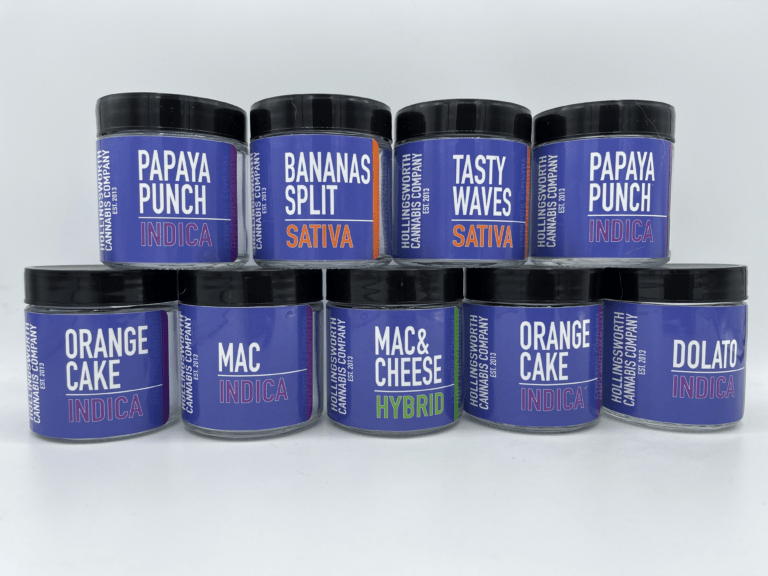 “As for black-owned businesses in the cannabis industry, I would say that there is a lot of conversation. And that’s great. Awareness is essential for change,” Joy continued, her voice rising with passion. “But has the needle moved as far as new minority enterprises? I would have to say no. A lot of conversation does not necessarily lead to a lot of action. It’s talking the talk, but not walking the walk.”

Walking the walk is nothing new to the Hollingsworths, and Grandma Dorothy continues to be the tight-knit family’s beacon of light.

“My grandmother is special, and we realize how important she has been to Seattle and especially or CD community,” Joy said. “Her entire life has been about service to others. Whenever I go somewhere, and people discover that I am Dorothy’s granddaughter, the stories come out. Everybody has a story about my grandmother.

“Black History Month in Seattle is important for all of us Hollingsworths. And we have Grandma to thank for that. Because of her, we understand the value of giving back to your community and serving your community. And, once again, this is why our relationship with Uncle Ike’s is so important to our family. We feel that we are giving back to the CD by providing them a great product at a great store. We KNOW where our hearts are. Right here in the CD. With Uncle Ike’s.”

For a list of THC Co. products available at Uncle Ike’s, go to the menu and search for “Hollingsworth.”