Marihuana and Hasheesh One Hundred Years Ago 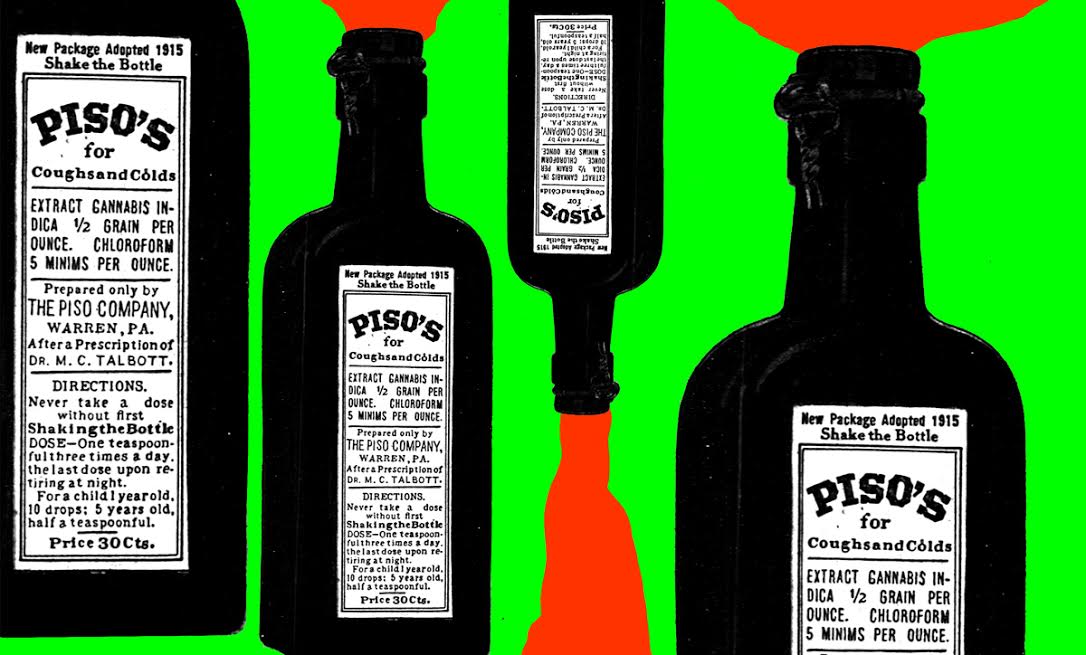 If you think some folks are clueless about pot these days you should have been around a century ago when newspapers routinely claimed that marijuana turned people into insane murderers.

Much of the early misinformation surrounding marijuana stems from Fitz Hugh Ludlow’s 1857 book The Hasheesh Eater – about a wealthy college student’s struggle to overcome his hasheesh (that’s how they spelled it back then) addiction. Vivid hallucinations that could not have come from any cannabis product ruin his life every time he eats hasheesh. Pure pseudoscientific fiction that pays homage to Thomas De Quincey’s 1821 classic Confessions of an English Opium-Eater. Except “opium” (in De Quincey’s case laudanum – a combination of opiates and booze) is addictive and “hasheesh” is not.

Journalism was unreliable a hundred years ago, and racist too. Marijuana was demonized in the American media – associated with Mexicans and other minorities, violent crime and deviant sexuality.

I took a look at some old newspapers to gage the pot cluelessness of old – and there is rampant cluelessness. Journalists couldn’t fact-check on Google back then, so I guess reporting that “marihuana” was a deadly, satanic scourge was okay. On the same page as advertising for patent medicine containing … marijuana.

Advertising running in several Vermont newspapers in 1878 hyped Dr. H. James’ CANNABIS INDICA as a cure for consumption, bronchitis and asthma. Made from imported Indian hemp! “We have, at great expense and trouble, made permanent arrangements in India for obtaining Pure Hemp, gathering it at the right season, and having it extracted on it’s own soil from the green leaf by an old and experienced chemist (said chemist being a native), we know we have the genuine article.” So this is what happens when there is no FDA – the people making cannabis potions don’t even understand that the good stuff comes from the bud, not the leaf. “Trust me, baby,” says the “native” as he hands over bushel after bushel of worthless leaf to his American friend. People had many reasons to stay away from cannabis products a century ago. “I tried it and it didn’t do anything for me” must have been a common perception.

From the New York Daily Tribune – October 9, 1888: a story about “Dr. Meldon of Dublin” reading a paper before the British Medical Association detailing his unscientific attempts to cure people of Tetanus by administering various drugs, many of them toxic. “A REMARKABLE SUCCESS WITH TETANUS” says the headline even though 64 of the 76 patients given Cannabis Indica died. The patients given nicotine fared worse – 57 out of 60 died.

The Colfax Gazette (Colfax, Washington) of September 4, 1908 claimed that “Hasheesh is a drug which sends those using it insane. It is popular in Persia, Turkey and Egypt. From its name comes the word ‘assassin’ as the mania often takes the form of murder.” Since the middle ages many Westerners have believed that the word Hashish derives from Hashasheen, a word for assassin, but this is not true. There is no mention of hash in connection with assassins in the historical record of Persia. Smoking it does not turn you in to a homicidal maniac, hired or otherwise – and it never did.

The South Bend (Indiana) News-Times of October 29, 1917 carried an article called “What happens when you smile?” Author “Leonard Keene Hirshberg M.D., Ph. D. (Johns Hopkins University)” wrote that smiling makes “gland juices reach the muscles and neurones (sic) and lungs, and there is a subconscious glow or response which sweeps pleasantly over the body like incense or hasheesh.” I can just imagine a young Dr. Hirschberg sitting in his “Hasheesh and Incense 101” class at The Johns Hopkins University School of Medicine, bored out of his mind.

A story called “Jack Lane has close call in encounter with bad Mexican” appeared in the Mohave County Miner (Kingman, Arizona) on November 16, 1917. Officer Jack Lane was summoned to a disturbance being created by a man called Marijuana “on account of the fact that he peddles a dope known to Mexicans as marijuana, which is in itself a violation of State laws.” Marijuana pulled a gun on the officer and shot him in the hand. The officer overpowered marijuana, arrested him and “relieved him of seven packages of ‘marijuana,’ which he had on his person.” Modern day Maricopa County, Arizona sheriff and anti-immigrant whacko Joe Arpaio would have loved Jack Lane.

An ad for Piso’s cough syrup (The Washington Times – December 15, 1918) claims that “PISO’S Contains no Opiate – Safe for Young and Old.” Recent peer reviewed studies have shown that cannabis is good for certain lung ailments so it makes sense to have an indica cough medicine, but PISO’s also contained chloroform. Which damages the liver and kidneys. Piso’s caused the deaths of “many” children back in the day. The amount of cannabis in Piso’s is also questionable – the label says a half grain per ounce, but even a half grain of the purest hash oil would weigh only three hundredths of a gram (1/2 grain = 0.0323 grams). Another patent medicine of the day – Victor’s Infant Relief – also contained chloroform. Nighty night, kids!

States started regulating marijuana in the 1920s. The Marihuana Tax Act of 1937 made it illegal Federally. States are now deregulating it, ending almost a century of ridiculous, counterproductive prohibition.

In the June 6, 1920 edition of The Tombstone Epitaph we find
“mostly white” drug users being raided in the seedy border town of Nogales Mexico. The Americans arrested live in Mexico full time “owing to the ease with which morphine, cocaine, opium, marihuana and other opiates can be obtained.”

It’s been almost a century since that story was written. The Tombstone Epitaph newspaper is long dead. You can no longer dose your babies with over the counter morphine potions. In 1920 you had to go to Nogales to score pot – and I guarantee that the pot wasn’t any good. Many people back then actually believed the media and genuinely thought marijuana was dangerous and evil.

It’s 2015 now, and much of the fear and ignorance surrounding marijuana is being replaced with – legalization! You’ve come a long way, Mary Jane!