Finally! A Marijuana Book by Somebody Who Gets It. 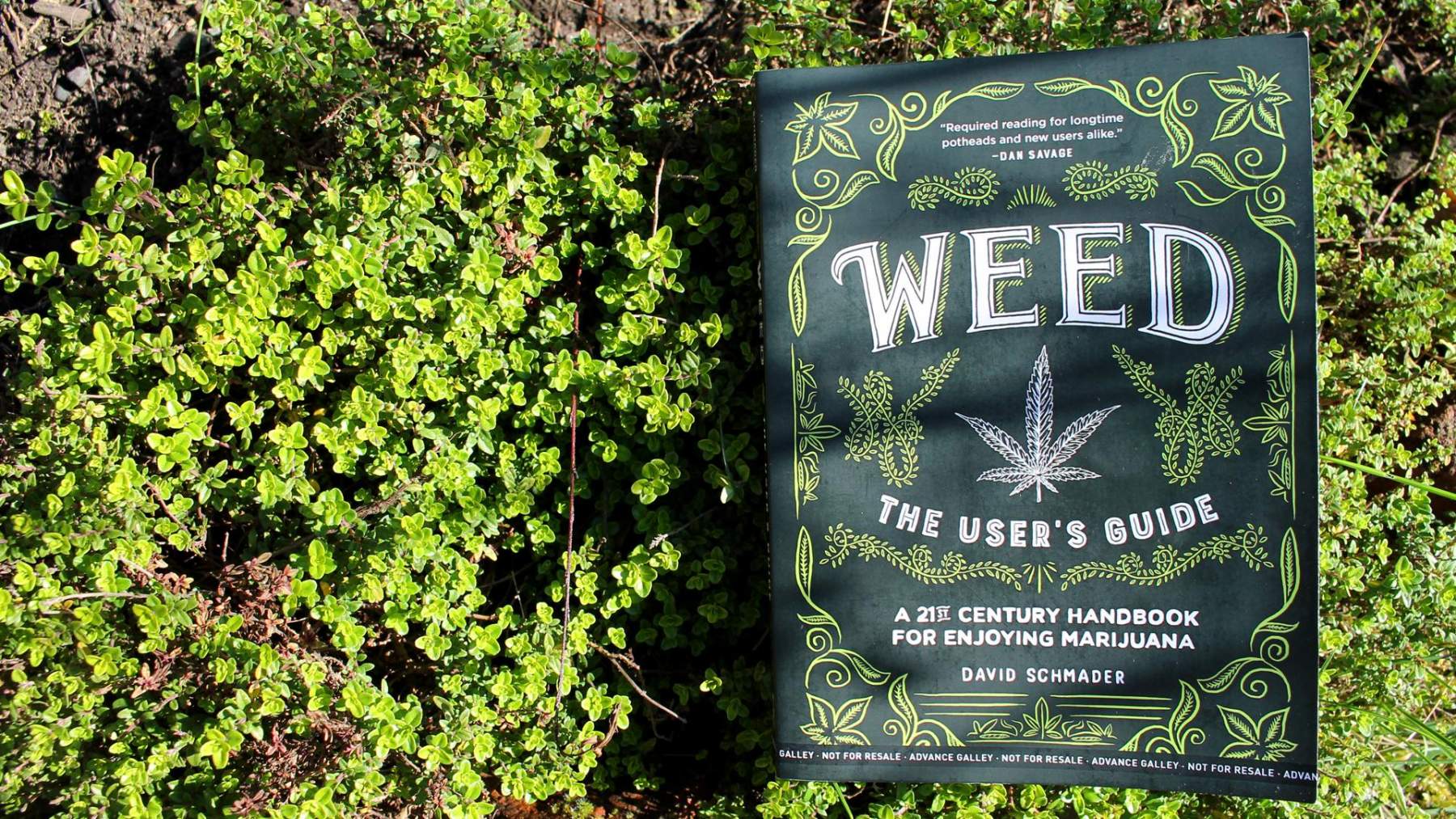 David Schmader is a bona fide marijuana user (I’ve smoked with him more than once) and his book Weed: The User’s Guide is short, breezy and hilarious … because he gets it.

Schmader was an editor at the Stranger – Seattle’s notoriously pot-friendly Pulitzer Prize winning alt-weekly – and his writing here is reminiscent of some of their funnier and more honest bits: Back to school specials that talked of date rape and how to score drugs … stand alone marijuana “green guides” full of frank information about the safety and legality of weed. Stoner trivia alert: the guy who started the Stranger helped start The Onion. Schmader contributed to the Stranger’s irreverent style and that shows here, especially in bits like “WAS JESUS A STONER?” where he makes a pretty good case for the fact that if Jesus was anointed with oil, that oil was probably cannabis oil, which would have been absorbed transdermally.

A chapter for newbies called “IF YOU’RE HIGH AND DON’T LIKE IT” would have been helpful for pot-clueless New York Times pundit Maureen Dowd when she overdosed on cannabis edibles a couple years back and had a freak-out. And yes, Weed: A User’s Guide is a great resource for the uninitiated. All the basics are covered here: the legality, how to roll a joint, “how to kill stink fast with a vinegar rag.” Still, the book is funny enough to keep veteran know-it-all stoners like myself engaged. Who knew that you had to give a blunt a “good, spitty lick” to seal it properly” or that a joint needs a “saliva-moistened glue strip.” Gross! Stoner trivia alert: President James Monroe smoked hashish and Zachary Taylor puffed on Mexican weed.

The section about DEALING WITH DEALERS is helpful: realistic about the fact that pot is still illegal in most places. “De-seeding your weed” was written for people unfortunate enough to not live in Seattle – we haven’t seen a seed since 1978 (because the best products are produced from cuttings taken from mother plants).

Schmader is honest about edibles, warning that a high lasts “BETWEEN FIVE AND NINE HOURS,” which is his gentle way of suggesting that edibles are not for everyone. His cannabutter recipe fails to mention that you can decarboxylate your weed for a few minutes in an oven instead of simmering it for an hour (smelly).

Weed: A User’s Guide’s glossary only contains 50 terms, even though I can think of 50 different words for cannabis let alone all the other words associated with our beloved plant. There is no mention of CO2 extraction or rosin tech. Maybe these omissions are the whole genius of the book: It’s short and sweet, a quality writers of pot books should remember. We want our pot books to be hit it and quit it! Ancient cannabis proverb: the secret to great art is leaving things out, not putting things in.

Schmader suggests that people consider applying alcohol rules when using pot, one of which is to never drink before five. That’s a comforting thought for fearful newbies, but most stoners would be like “huh? That’s the whole point.” You can drink coffee in the morning but not use cannabis? Dude. Even Jesus used cannabis in the morning. But never at dusk.

The book mentions that gynecomastia or “man boobs” might be an unwanted side effect of cannabis use. Much of this myth is based on opinions by plastic surgeons like Dr. Anthony Youn, author of The Age Fix: A Leading Plastic Surgeon Reveals How to Really Look 10 Years Younger. In 2013 LA Weekly reported that there is “no scientific evidence” to support theories that marijuana use causes man boobs in men.” Sure, pot may cause hormone levels to fluctuate, but no peer-reviewed studies have ever been published linking heavy marijuana use to gynecomastia. It’s just another pot myth! And I should know – I’ve been a daily user for thirty years and my pecs are as rock hard as Bruce Lee’s appear to be in Enter the Dragon.

The refreshing message of Weed: A User’s Guide – don’t deny yourself pleasure because someone else tells you it’s wrong or bad. The book is an unapologetic “21st Century Handbook for Enjoying Marijuana” with no “I’m curious about pot so let’s study it” sociological bullshit – just an honest dose of “try it, you might like it.” Schmader’s message is that a consensual crime (illegal activities that don’t harm others, like using marijuana) should not be a crime at all, even if people have been telling you otherwise your whole life. It’s gonna be a great century.