A Brand New Day at Leafwerx 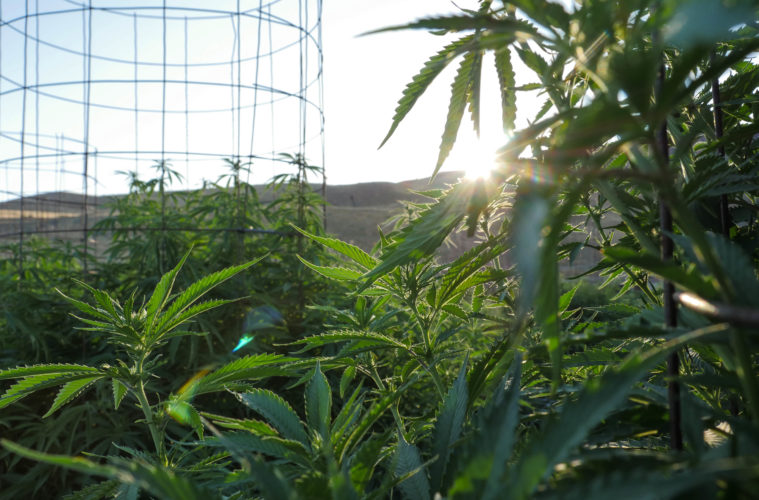 Diamonds are created when extreme amounts of heat and pressure are applied to carbon. Some might say Leafwerx benefited from a similar process.

It’s hard to get a cannabis production business off the ground in Washington. The licensing alone is a headache, not to mention getting the facility ready and legal. Leafwerx’s battle to get going went far beyond the normal struggle, however.

San Juan Sun Grown is the parent company of Leafwerx. The company’s first grow was on San Juan Island, as the name implied. David Rice moved back home to San Juan Island after finding success as a medical cannabis grower in California. Unfortunately, the homecoming was far more bitter than sweet. Rice started a one-acre outdoor grow on his sister’s 76-acre horse ranch.

In 2014, shortly after it got rolling, the company’s outdoor cannabis production facility on San Juan Island was famously shut down due to a lawsuit brought by some nightmare neighbors. But the lawsuit wasn’t resolved until 2016. David Rice’s sister, Jenny Rice, lost her beloved and hard-earned horse farm in the process.

The legal showdown involved in the lawsuit would have been enough to dissuade most people from cannabis, but Rice, and Leafwerx, prevailed.

The company relocated to Wenatchee in 2015, and by the fall of 2016 began selling flower. San Juan Sun Grown became Edgemont Group, and Alex Kwon joined the leadership team. Despite the sweeping changes, the company doesn’t forget its roots.

Leafwerx made another big switch–formerly a flower-focused company, in the last few years, it is slowly pivoting to selling mostly concentrates.

“When we started, we were flower guys first and foremost,” Naramore explained. “We had an extraction arm that we were building out.”

The Leafwerx team originally grew flower in a variety of environments. Whether outdoor, light dep, hoop houses or mixed-light greenhouses Leafwerx grew flower and grew it exceptionally well. Flower was the focus, but that’s starting to change.

“With our product line being simplified, we’ve simplified our production quite a bit,” Naramore said. “ “We now grow entirely outdoors.”

Leafwerx extracts all of its concentrates with CO2. The next extraction related purchase for the processor is a live resin extractor, which will be an exciting and welcome addition.

“We cultivate and extract in-house,” Naramore explained. “It goes back to our DNA as just cultivators. That’s how we started, we’ve always been a flower-heavy company. Now we get to start with the end in mind.”

One big perk to growing its input for extraction is that the producers and processors at Leafwerx have total control over the product. Leafwerx grows its flower under full-spectrum sunlight for increased terpene and cannabinoid profile and without pesticides. This creates a product that the team at Leafwerx can be confident is safe and reliable for the customer.

Another benefit to Leafwerx’s ‘soil-to-oil’ business model is genetics. Having focused on flower initially, cultivators can identify and select genetics based on a huge number of factors, most importantly, the flowers’ effect.

The company’s site has a strain library that separates all of its available strains into four cleverly labeled and named categories. Go time for sativa, chillin’ for indica, vibin’ for hybrid, and soothin’ for high-CBD strains. Each strain has an individual description including parentage, effect, traits, and sometimes history.

Change is the only Constant

A company’s ability to roll with the punches and adapt can be the difference between success and failure. And Leafwerx has undoubtedly mastered the art of adaptation. The legal issues that plagued Leafwerx are far behind them. And with their extraction arm finding big success, Leafwerx is set up to make 2020 its best year yet.